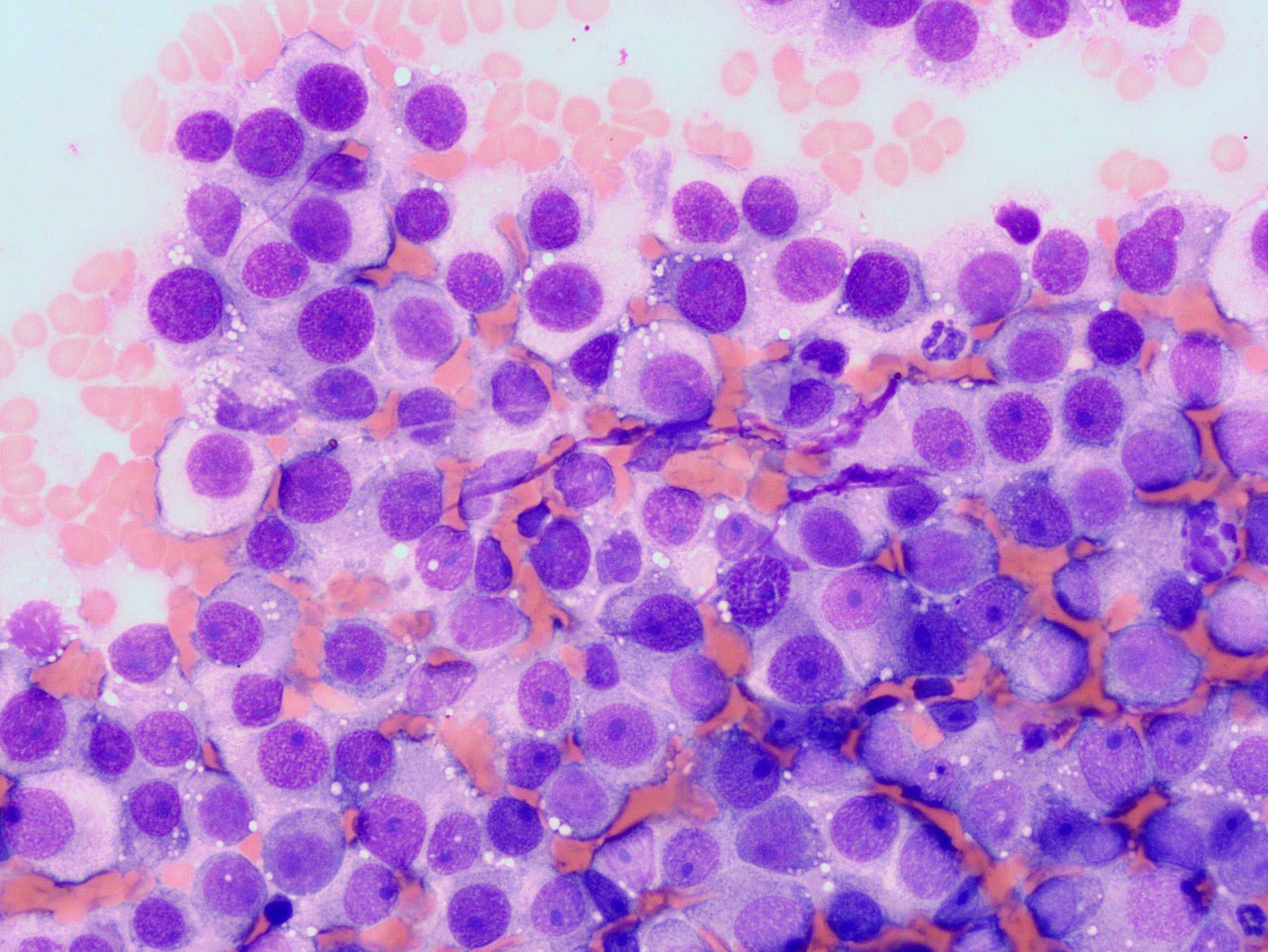 Posted at 13:43h in Featured by admin

Aspirate from a vaginal mass of a 5-year-old, spayed female Golden Retriever that had been rescued from Turkey. The image consists of many red blood cells, a rare neutrophil, and several individual round cells with abundant light gray cytoplasm that commonly contain few to several small, clear round vacuoles. These cells have a round to oval nucleus that is predominantly centrally located, and exhibits a coarsely stippled to ropey chromatin pattern, and one to occasionally two prominent nucleoli. Anisokaryosis and anisocytosis are mild to moderate. The diagnosis is a transmissible venereal tumor (TVT). Although not found in this image, mitotic figures are common. Further, these tumors often become secondarily infected and inflamed, so many bacteria and neutrophils can also be found among the previously described round cells.

TVT is not common in most of the United States, but more commonly found in warmer/tropical climates and in geographic locations where stray canine populations are more plentiful. These tumors most often present on the external genitalia, but also on the rostral face. Grossly, these tumors can appear to be very angry and aggressive looking, but they are typically very responsive to chemotherapy, so an accurate diagnosis is important. The chromatin pattern, prominent nucleoli, and cytoplasmic vacuoles are all key morphologic findings that are very typical of these cells.