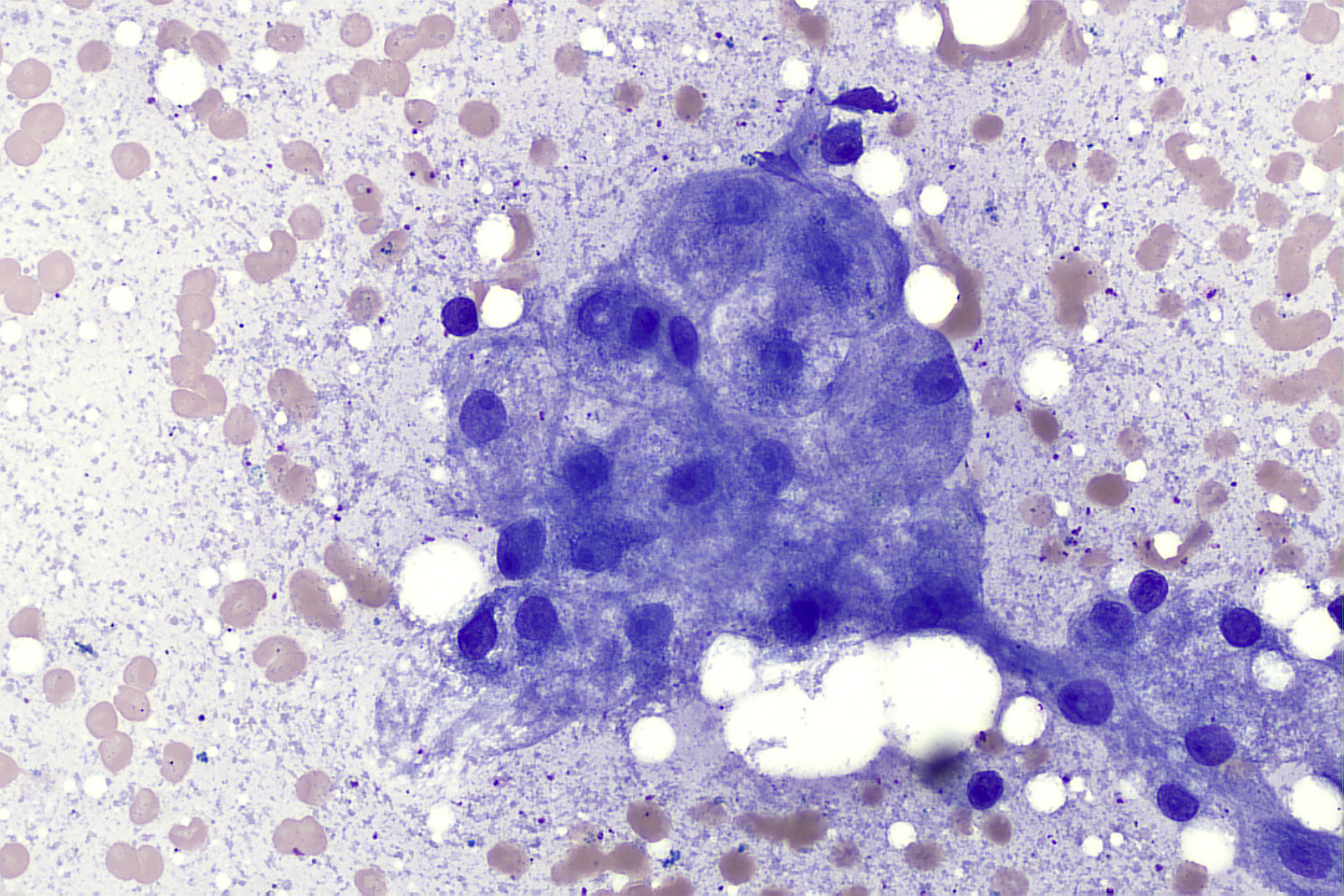 Posted at 00:00h in Featured by admin

A liver aspirate from a 13-year-old, spayed female, mixed breed dog with increased ‘liver enzymes’.  A cluster of well-differentiated hepatocytes is present (Figure 1).  The cytoplasm is of a thinner density than normal and has a moth-eaten appearance that causes mild cytoplasmic distension.  The background is a stippled light blue with a few red blood cells. Compare the cytoplasm in this picture to that in Figure 2.  The hepatocytes in this picture exhibit minimal vacuolar change. 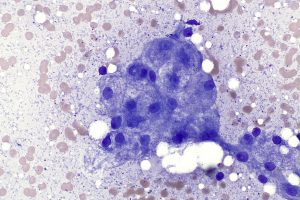 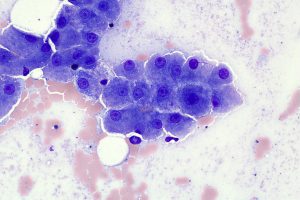 Indistinct vacuolar change is a common, but non-specific, observation in dogs.  It can be caused by accumulation of glycogen or can be a degenerative change.  Many differentials are possible including exposure to exogenous or endogenous steroids, inflammation, neoplasia, among other causes.  This type of vacuolar change can also be observed in the various hepatocellular proliferations, including hyperplastic and regenerative nodules, and hepatocellular adenomas and carcinomas.  Biopsy is often suggested, particularly if a cause cannot be identified in the medical history.