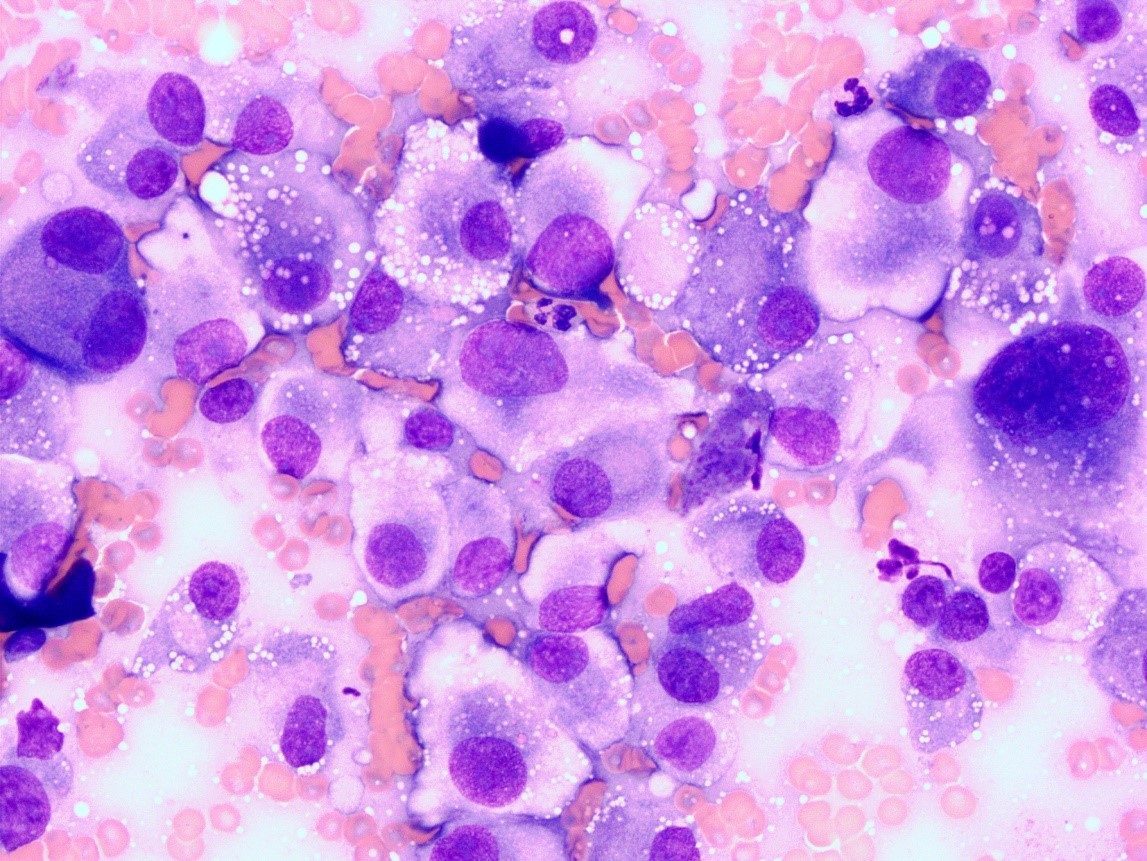 The image consists of a moderate amount of peripheral blood that surrounds numerous large malignant histiocytes. These cells have an abundant amount of gray cytoplasm that is frequently vacuolated, and a round to irregularly shaped nucleus with coarsely stippled chromatin and occasional visible nucleoli. Anisokaryosis is marked; anisocytosis is moderate. Binucleation is also apparent. In other fields (not pictured), multinucleation is frequently noted, and leukophagocytosis is also occasionally found. The definitive cytologic diagnosis was histiocytic sarcoma. Cytology of the liver mass was identical to this lesion, consistent with a metastatic process.