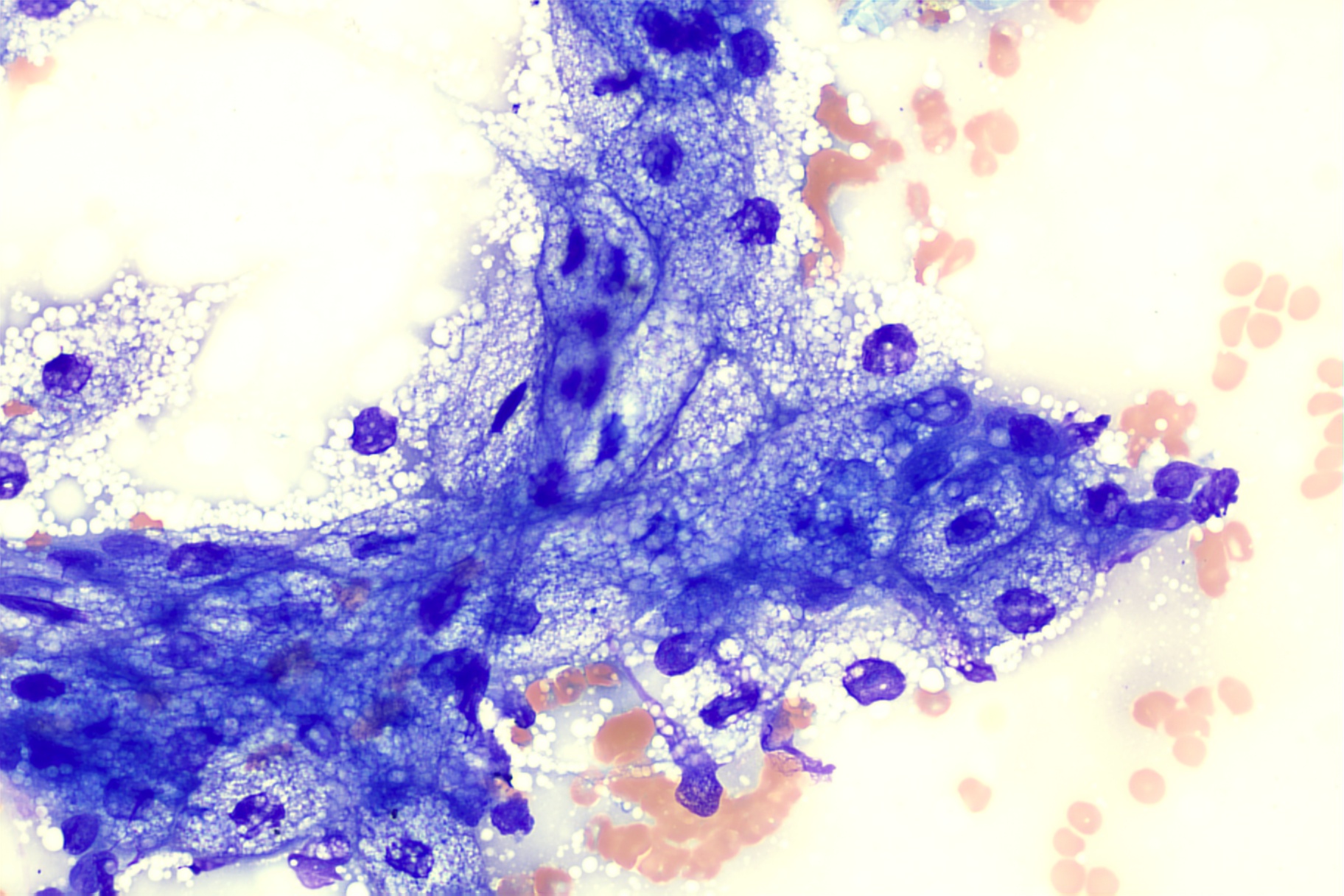 This photo is from an aspirate of a pink, ‘warty’ dermal mass of an 8-yr-old, neutered male, Golden Retriever.

The picture consists of a cluster of well-differentiated sebaceous epithelial cells that have moderate amounts of blue, vacuolated cytoplasm, round nuclei, and finely stippled chromatin. A few red blood cells are also present.