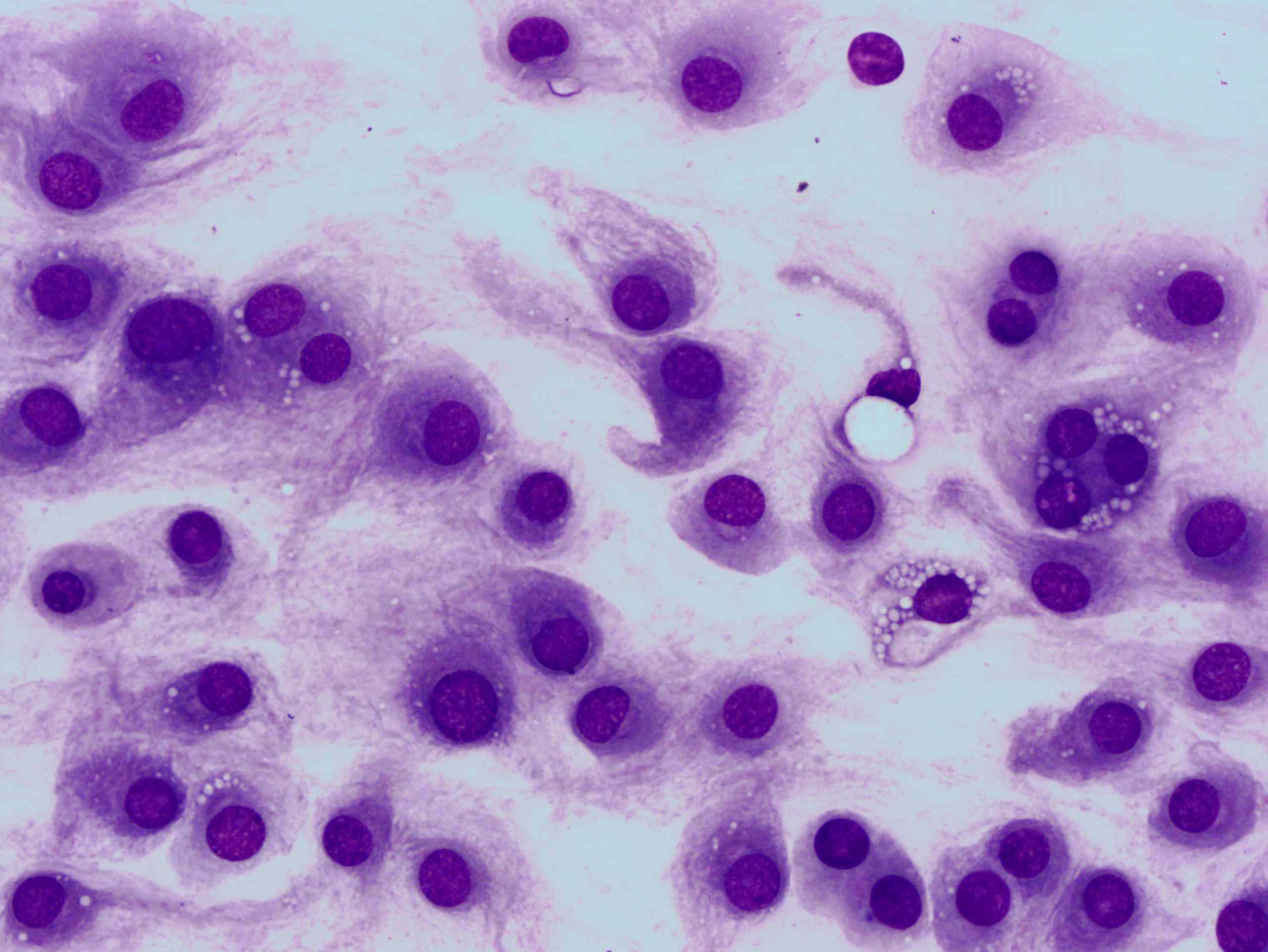 Aspirate of a right foreleg soft tissue mass of a 6-year-old female Tibetan Spaniel. The mass has been growing slowly over the last few months.

The image consists of numerous spindle to stellate shaped cells with indistinct cytoplasmic borders that exhibit a veiling appearance. The cytoplasm is light gray and commonly contains numerous small punctate vacuoles. The nuclei are round to oval with coarsely stippled chromatin and occasional visible nucleoli. Anisokaryosis is moderate with frequent multinucleation. The likely diagnosis is a perivascular wall tumor (hemangiopericytoma), but other differentials such as a nerve sheath tumor or other soft tissue sarcomas are also possible.